On Friday, April 17th I set out for the Copenhagen airport (once again) to begin my journey to Sweden. Inevitably my flight was delayed, but after taking a commuter train from the Stockholm-Arlanda airport and asking several friendly Swedes for directions, I finally knocked on an apartment door in Stockholm’s trendy Södermalm neighborhood. Who opened the door? Lexi!

Lexi and I decided to plan two trips together at the beginning of my semester abroad. For our trip in April, we chose Stockholm because neither of us have ever been to Sweden and we are both interested in our Scandinavian heritage. This upcoming weekend, we will be going to Amsterdam because it’s one of Lexi’s favorite cities and I have been talking about seeing the tulips in full bloom for months, so it’s about time.

Lexi and I had a few missions to complete during our our trip to Stockholm.

1. Visit the Vasa Museum. After hearing about the infamous sinking ship from Grandpa, I had to see the “failure” in person. 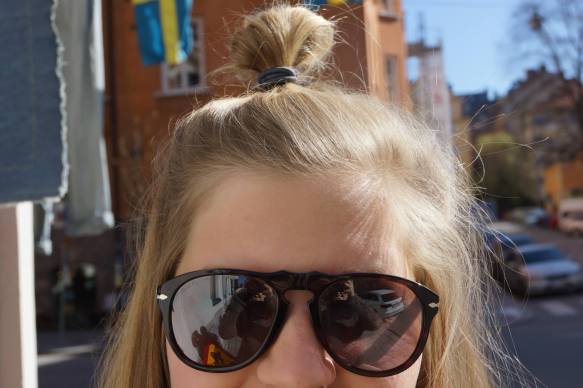 1. Nordic Museum–little did I know how many knitting related exhibits would be in store

We completed our wish lists and more! Here’s what we did during our 5 days in Stockholm:

1. Took the ferry to Djurgården to visit the Vasa Museum, Skansen open-air museum, and Nordic Museum 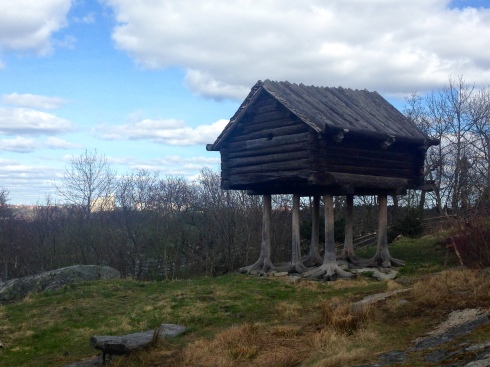 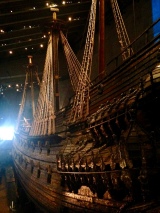 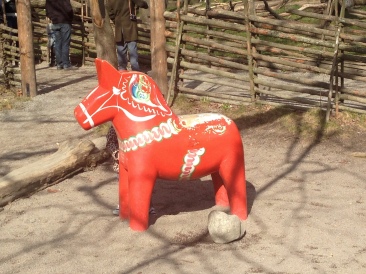 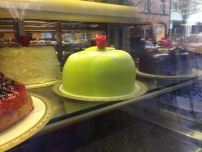 Much like the Danes, the Swedes love their coffee. The Swedish concept of fika, essentially means “to have coffee,” and the Swedes often enjoy a cup or two with pastries or sandwiches. If we had enough time, we could have stopped by dozens of cute cafes in Södermalm for fika. On the morning of our day trip to Uppsala and Sigtuna, we indulged at a local cafe for much needed lattes and cardamom buns.

After much deliberation and research, we decided to end our trip with mini Princesstårta from a konditori around the corner from our apartment. The spongy cake was covered with lime green marzipan and filled with decadent custard and cream.

4. Day trip to Uppsala and Sigtuna to see runestones from the 11th century and visit Uppsala University 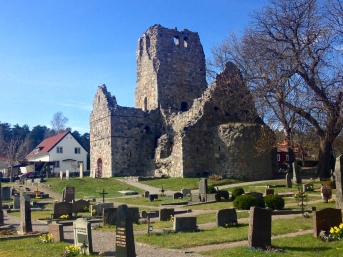 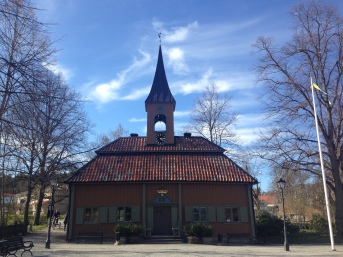 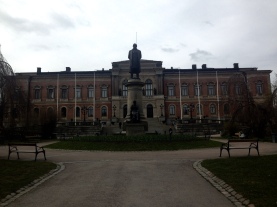 We didn’t know what to expect for the ice bar. Although it was my idea initially, I became a bit skeptical about the bar’s touristy nature. However, after reading multiple positive reviews, we decided to give it a whirl. It was cool, if you know what I mean.

Multiple times throughout our trip, Lexi and I found ourselves slipping into an afternoon slumber. After running on little to no sleep while being abroad, I found myself breaking into my famous delirious singing–hence the song lyrics I invented above. Cue girliest sentence ever: While we did make it out to the ice bar one night, after afternoons filled with sightseeing, Lexi and I usually opted for eating cheese and crackers while watching HBO’s Girls in the evenings. Don’t worry, season 4 only has ten 20 minute episodes. I’ll call that reasonable.

Sorry Mom, you’ll have to wait until June.

I can’t wait to see what’s in store for Amsterdam this weekend!